The City at Night

He had been gone, how long? Three years? The city looked the same as he piloted his little Cessna 140 low over the arteries of light that still meant home. He picked up a little turbulence, surprising at this altitude, the fabric wings always making him a bit nervous that the whole thing could just rip apart. When he suggested flying the companies replica over the city and landing at the small airport just north, he was sure no one would agree to it. The plane was a toy for the bigwigs, not for some hotshot designer only a few years in. But things had changed. His work up north had not gone unnoticed. It was like he had a key to any door now. Of course their was a trade-off, but there was always a trade-off. His brother's emails and letters had grown desperate, threatening, pleading, but the policy was strict. Can't I just email him once to explain that I can't email him? The answer was an inflexible no. Too much was riding on the project. 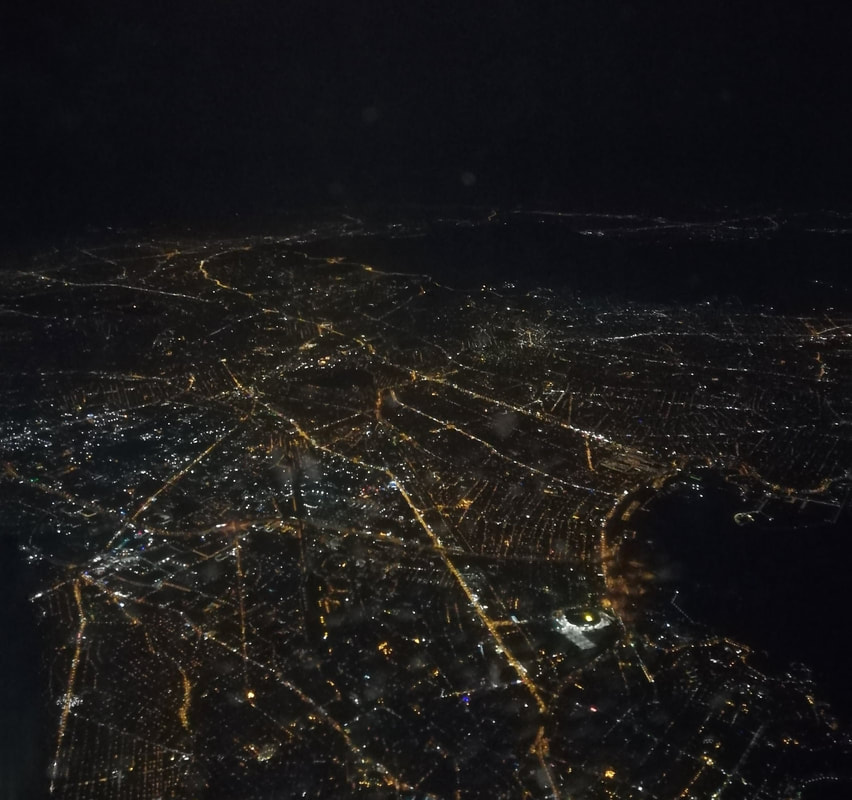 He can't count how many times he pictured coming home and telling his brother what he had done. He could barely believe it himself. Looking down at the city, he realized that all this would change. With the technology they had invented, cities could grow to be ten times this size on a tiny fraction of the same energy. It was impossible to imagine the power they had harnessed. Now they were asking him to come and work on a new project, something that made his old project seem like a simple set of tinker toys. He had been scheduled to come a month later, but he had rushed his final exams to get his design credentials in order. There was a whole battery of exams and practice runs before he had even a tiny sense of what this new technology promised. He didn't like rushing, but just as he began his training, he found out that his brother was working in the same division as him. He was overjoyed. They would be working on this new machine together. He pictured tutoring his brother through the test, the two of them changing the world. And then he discovered that his brother had volunteered to be a subject for testing. He had no way of contacting him. The security system was too tight. So he rushed, finishing a three-month program in two weeks. His eyes were bloodshot, he hadn't slept for more than two hours a night for weeks, but now he was flying over there city. Soon he would step into the same building, head down to the same secure area, warn his brother. He just hoped it wouldn't be too late.
Proudly powered by Weebly