INTOUTUOTNI
As Benveniste says, the linguist, not my drinking buddy, you and I are empty, but of course, he doesn't mean you and I, he means the words, strange things we have invented to help us swear at people or tell people we love them: I love you. Me? No not you, you. You see what I'm saying. I never said this to Sarra. I wish that I had, despite the half of her that doesn't believe in it. Let me explain. Sarra's Norwegian half knows that you simply don't use such words. Jeg elsker deg--even people married for thirty years don't feel right saying this. It's like telling the checkout girl you will run through a wall of flames for her just because she said good morning. While Benveniste might laugh here--not the linguist but my drinking buddy--and say, but how many times have you done that, I am not one to measure any normal behavior by. In any case, I am not Norwegian, but I guess I understand, for a normal person, blurting out "I love you" all the time seems false. This is also a bit of a paradox, that the most deeply felt set of words we have invented have somehow also become the most false. This, of course, is not a paradox for Norwegians. But Sarra is only half, so perhaps I should have said it, and if she doesn't hurry I won't even get the chance (and is that water seeping in here) but  all this actually has nothing to do with why I have not said it. I'm not Norwegian at all and I of all people should be willing to blurt out just about anything. Benveniste, now I'm talking about my drinking buddy, says to me, You are a wild man my friend and this is simply your nature. Of course, I have excised the rather profane way he would say this, and I have not properly described him yet, but you know him, or at least you will. He is the guy who knows all about machines, remember. But before I forget, Benveniste the linguist is right when he says that language is empty until we fill it, and pronouns are worst of all. For example, here I am, about to reveal to you my most telling secrets, and I have no idea who you are, or if you exist at all. So I will need to trust you a little first. 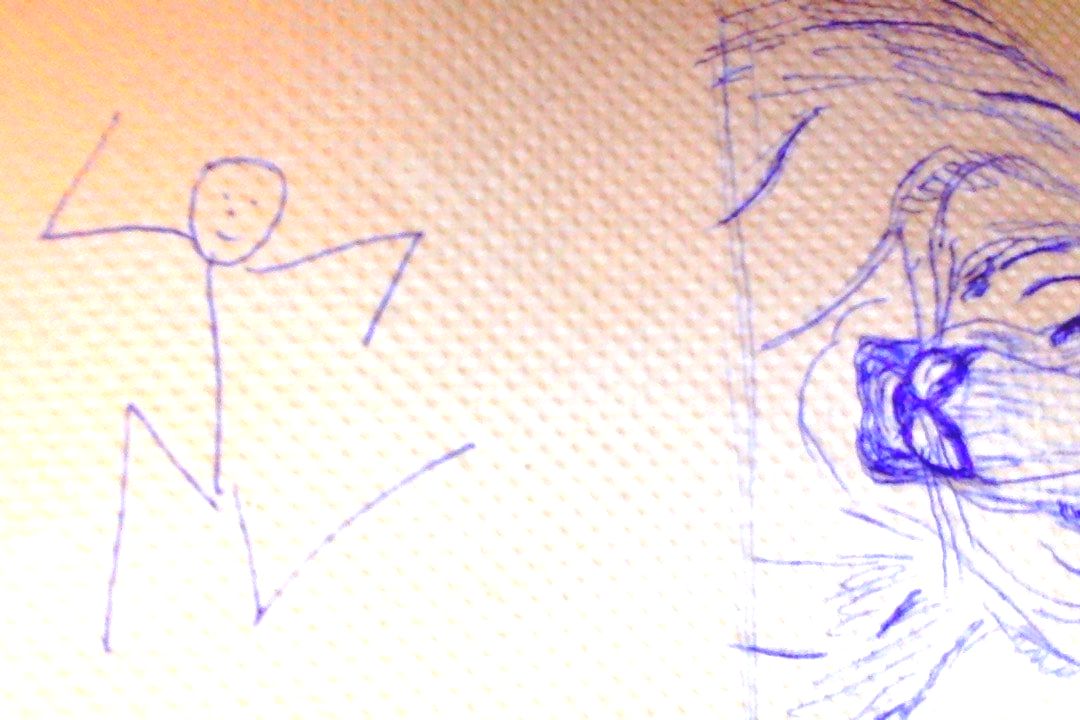 Let's do this, a little experiment. If you are real and here now, or have been here for a moment to overhear my long-winded mumblings that I am using to keep sane while Sarra tries to get us out of here (I'm not tied up or anything but the door is bolted from both sides and I'm certain the key is somewhere on the boat so she is running around looking for it though I actually don't know if Heinrich has caught her or maybe, as she is a strong woman, she has pushed him off the boat), but if you are here on the boat with me, or maybe just stopped in and have no idea that there is a boat or wonder why it's riding so low in the water (when I was out on the bow, when I thought we had gotten away clean and we were sailing off into the sunset and I looked over and saw Sarra sort of leaning into the breeze like in some movie, the water was literally slopping up and over the prow and we were only going about four knots), and if you would for a moment listen to me--don't worry, I'm not going to ask you to declare you love me or anything--I would love it if you could go outside (either now or when it's better weather if you live up north where we do) and shout, or speak, or even just mumble the words "I believe you." I know I won't hear you, but it will make me feel better about all this. Because despite what Benveniste says, drinker not linguist, I'm not a wild guy at all. I'm just a guy who loves Sarra but can't quite say it and also who doesn't want to die in here and leave her out there alone to deal with what is down in the hold and also Heinrich, who just doesn't seem to give up though this ship is big enough that if Sarra just keeps moving, and she is quite fast, and now I'm thinking of her legs and when life was so simple I was allowed to just think of her legs, and now those legs might mean survival, but as they are long and beautiful, which also means they are quite strong, she can probably outrun him, especially as I did a pretty good job on his ankle--I still kind of shiver listening to the sound of it snapping. But you can't feel bad for a guy like that, and it was self defense. So, maybe now, go outside and whisper, or at least listen a little more so I can explain?
Proudly powered by Weebly